A Poem for Armistice Day

This is my attempt at a poem in the voice of my grandfather, Jim Prendeville. He was born in 1888 in North Kerry and worked as a farm and bog labourer. He went to work in the Welsh mines and then enlisted in the British Army. He saw a lot of front line action and was wounded in 1917. When I was a boy he lived with us for a few years before his death and he told me lots of stories, including how he killed a German soldier at close quarters while on sentry duty. When he was taking off his shirt and going to bed at night, my brother and I would sometimes ask him to show us the big indentation in his upper back where the shell had hit him. He was born into poverty and worked hard to make a living. I believe he had some comfort and happiness with us in his final years. 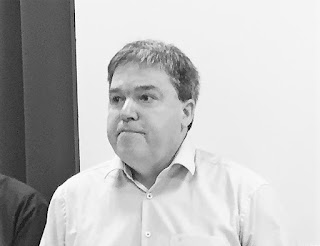